Peter Norvig has an old post about writing a spell checker which I’ve always loved the succinctness of. I was on a plane for a few hours and wanted to see how this translated from python to haskell. This is the tale of the journey which I did not intend to take.

First step was going through and recreating the main functionality which is mainly lists and sets, so, no big deal.

We split the raw text into words

This code is the intuitive answer to the problem above, however it’s very slow. We’ll look at performance later in this post.

In python, the Counter is implemented as a multiset / “bag”. We’ll create our own with a Map from Text (word) to Int (count)

There is also a package called multiset but I didn’t know this because the wifi on the plane didn’t work.

In order to guess the right way of correcting we need to have probabilities based on the corpus’ word counts.

I initially squished all the logic into single list-comprehensions, but you’ll see I’ve split the heavier functions out.

The splits gets its own type for cleanliness:

Instead of if R or if len(R)<1 and such like we have in python, I used a guard to skip over splits with contents fitting a certain criteria (e.g (l,r) where r is not empty)

I think this comes out reasonably concise.

The performance of the implementation I came to is… really bad. The time taken to guess even short words was ~4 seconds. This was unacceptable considering the python version is nearly instant.

After asking around on irc and slack, two main problems were pointed out.

In order to speed up the words implementation, we just shove the logic into Data.Text’s implementation (which is nasty). This buys us ~1 second off the ridiculous 4 seconds.. So, I went further.

Since I wasn’t using any order-specific functions on Sets or Maps I just replaced the containers dependency with unordered-containers and changed the import statements to use them. Bam! This nearly halved the time! But it’s still real bad at 1 second.

I used the profiteur tool to visualize the performance issues a bit while going through this process, which just basically confirmed that Set/Map operations and words were awful, like we already knew. 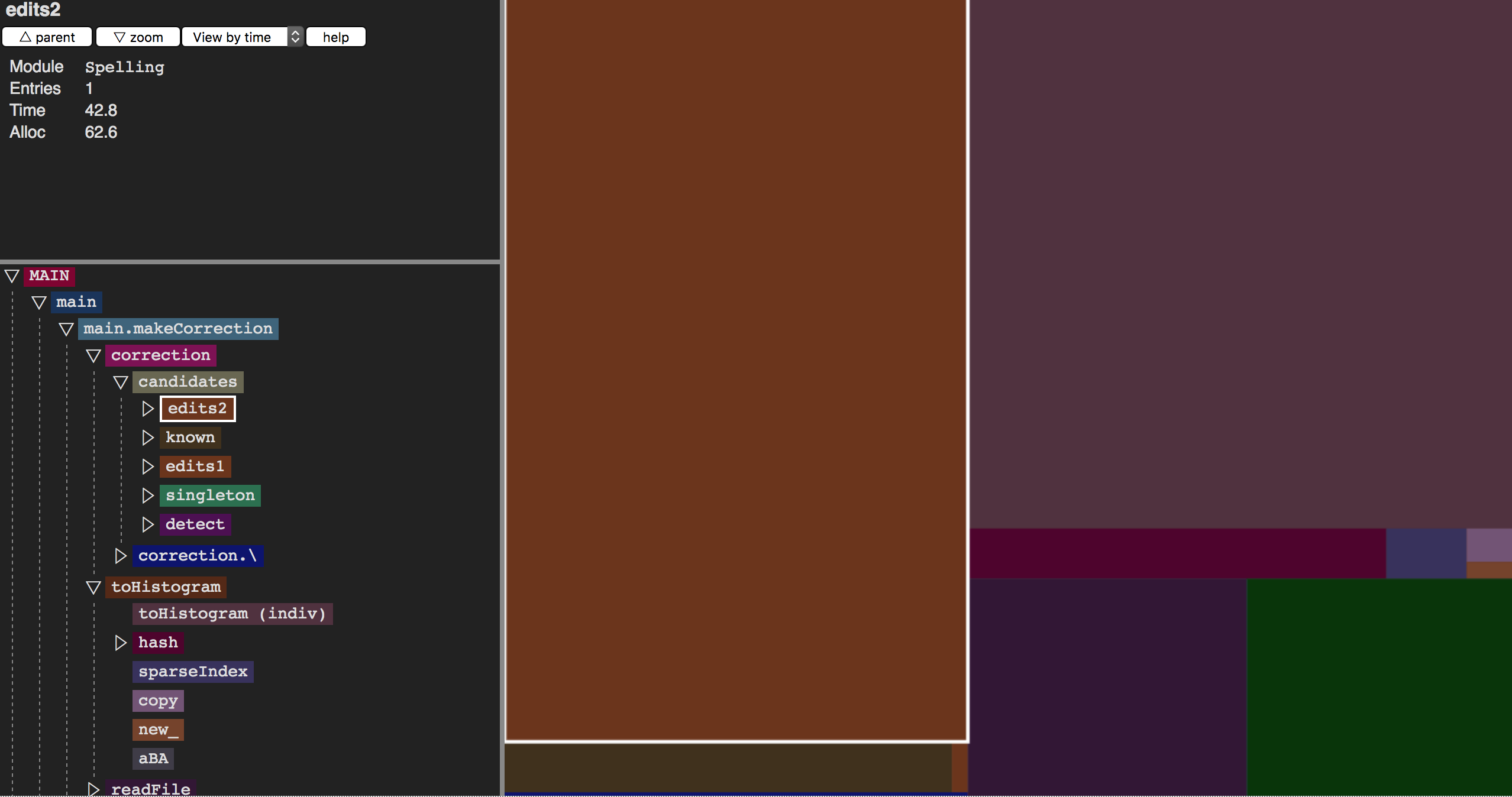 It seems as though python’s Counter shouldn’t be all that different than ours (an unordered hash set) but the haskell version lags behind. I kept the code as intuitive as I knew how and it wasn’t quite enough for this type of problem.

I’d welcome any comments about how this could be improved further. The result was not encouraging but despite this, I did learn some things along the way.

The full code is here

A literate haskell file to follow along is here